Previously, the most common analysis method of amino acids in biological samples was conducted by using ion exchange chromatography (IEC), followed by postcolumn derivatization of amino acids with ninhydrin reagent.1,2 However, the precolumn derivatization methods have been developed with many reagents to analyze amino acids and the shortcomings of each precolumn method have been reported.3 Hyperhomosteinemia is an established risk factor for coronary heart diseases and vascular diseases. Hcy may be either methylated to form methionine or converted to cysteine (Cys) with cystathionine as an intermediate. The plasma total homocysteine and aminothiols profile were determined by HPLC with fluorescence detection after derivatization with ammonium 7-fluorobenzo-2-oxa-1, 3-diazole-4-sulfonate4 and with 7-fluoro-2,1,3-benzoxadiazole-4-sulfonamide.5,6 The total homocysteine in human serum was measured by capillary gas chromatography with sulfur-specific detection double focusing ICP-MS after derivatization with N-trifluoroacetyl-o-isopropyl7 and with ethyl chloroformate. 8 Previously, AQC was synthesized as a derivatizing reagent for amino acid analysis with heterocyclic rings.9,10 The AQC derivatizing method has been applied to analyze amino acids in food and feed using UV detector (248 nm) and by fluorescence detectors for feed grain samples.11,12 The reproducibility, stability and recovery of AccQ-Tag method were studied by using derivatization with AQC.13 AQC is a highly electrophilic compound that reacts with nuccleophiles such as amines and amino acids. It has been used for highly selective and sensitive separation of amino acids in the revise phase mode and for quantitation of amino acids. The derivatization reaction shown in scheme 1 produces derivatized amino acid and N-hydroxysuccinimide (NHS).14-15 The excess reagent is hydrolyzed to produce 6-aminoquinoline (AMQ), NHS and CO2. The fluorescence emission maxima of AMQ and AQC-derivatized amines are approximately 100 nm apart, allowing for selective detection of the desired analytes without significant reagent interference. Interferences from sample hydrolysis are hydrolyzed reagent and derivatized ammonia. However, there is no report of analysis method for amino acids or Hcy and Cysta in biological samples with fluorescence detector using AQC method. In this study, the concentrations of the common amino acids were obtained from hydrolyzed liver, breast, and blood chicken samples using AQC method. Also, the AQC precolume method was applied to measure the total concentrations of homcysteine and cystathionine in liver, breast, and blood chicken samples with a new HPLC method. 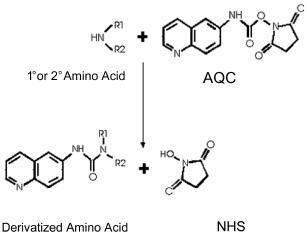 The liver, breast and blood samples were obtained from the type Cobb, 500 female chickens at 31 weeks of age which were given from Cobb-Vantress (Fayetteville, AR). The 0.5 g of tissue samples and 0.5 ml of plasma samples were transferred to a hydrolysis bottle and 5 ml of 6M HCl were added. The sample bottles were sealed with a vacuum. The sealed samples were placed in an electric oven for 20 hrs at 110 ℃ and then cooled to room temperature. The 1ml hydrolyzing samples were dried to remove excess 6M HCl with a freezer drier. Amino acids were reconstituted with 1 ml of 0.1 M HCl and filtered with 0.2 um filter (MetaChem). The 10 ul of constituted amino acids and hydrolysate standard amino acid mixture (Pierce) were reacted with AQC following the method of AccQ-Tag (8-10). To analyze homocysteine and cystathionine, constituted amino acid (1 mL) was redried with a freezer drier and derivatized with the AQC method.

The HPLC system consisted of 626 pump, a 727 autosampler, 600S controller (Waters, MA), and a scanning fluorescence detector (Hewlett Packard). Millinnium 2000 Chromatography Manager was connected with the system for data acquisition and data management. All of separations were generated on a Nova-Pak C18 (4 μm) column (Waters, MA) with the temperature controlled at 37 ℃, and operated with a flow rate of 1.0 ml/ min.

The linear gradient elution system was used. Mobile phases A, B, C were acetate-phosphate buffer solution, acetonitrile and water, respectively. The linear gradient conditions were developed with the same solvents to measure the concentration of Hcy and Cysta. The excitation and emission wavelengths for fluorescence detector were 250 nm and 395 nm, respectively. The gain setting of the detector was 10 and the 10 ul of samples was injected into the HPLC. The run time was 40 min that was followed by a 10 min for rest period before the next injection. 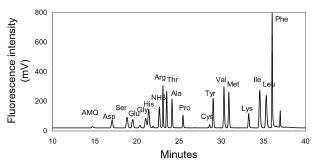 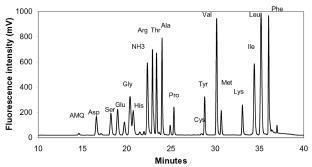 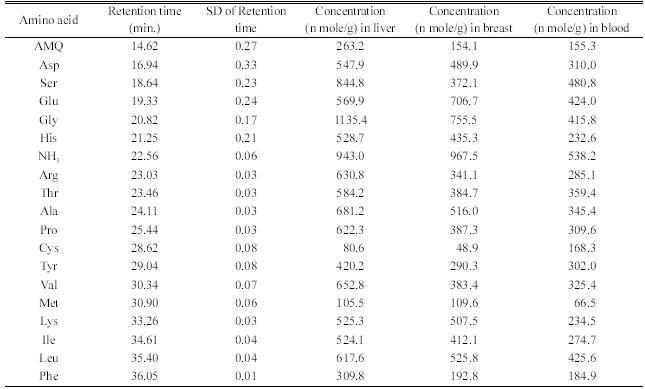 The chromatograms of standard solution for Hcy and Cysta with AccQ-Tag method were presented in Figs. 3 and 4. The calibration curves from analyzing a series of dilutions of the standard solution (from 0.45 nmole to 4.5 nmole for Cysta, from 0.74 nmole to 7.4 nmole for Hcy) were obtained, and the correlation coefficients were 0.98 and 0.99 for Hcy and Cysta respectively, which demonstrates excellent linearity of the calibrations as shown in Figs. 5 and 6. These standard curves were used for the quantitative the analysis of Hcy and Cysta in biological samples. The linear gradient conditions of solvents were modified as follows: initial, 100% A (acetate-phosphate buffer); 0.5 min, 99% A, 1% B (HPLC grade acetonitrile); 18 min, 95%A, 5%B; 19 min, 91%A, 9%B; 35 min, 90% A, 10%B; and 38 min, 60% B, 40% C (Milli-Q water). As the chromatographic separation of derivatized Hcy and Cysta from hyerolyzed blood sample was shown on Fig. 7, the early eluting amino acids were sacrificed in order to get Hcy and Cysta in short retention times. The retention times for Cysta and Hcy were about 30.8 and 36.5 min, respectively. The averaged Hcy concentrations were obtained as 9.66, 4.66, and 7.77 nmol/g in liver, breast and blood samples of chicken from 10 samples (n=10), respectively. The range for standard deviation was from 0.17 to 0.14 nmol/g. Also, the averaged values of Cysta concentrations are, 15.93, 2.55, and 8.08 nmol/g in liver, breast and blood samples with range of standard deviations of 0.04-0.23 nmol/g, respectively. The average reproducibility of entire procedure for the analysis was 2.0% relative standard deviation (RSD). These results are very good agreed with previous data.16-17 The AccQ-Tag method was rapid and easy to obtain the concentrations of amino acids, Hcy, and Cysta in tissue and blood samples of chicken. The common amino acids and Hcy and Cysta were analyzed with AccQ-Tag method relatively in short time. The use of fluorescence detection, rather than absorbance, is still for the higher selectivity and less interference by hydrolyzed reagent. Derivatization with AQC requires fewer manipulations and less time that other derivatization method. The AQC derivatization method of common amino acids and sulfur containing amino acids offers rapid, convenient sample preparation, and excellent sensitivity. 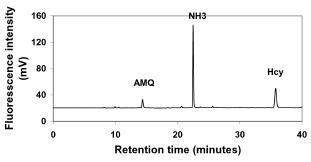 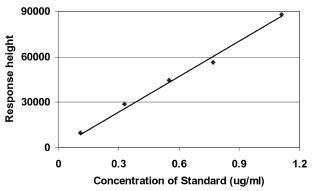 Fig. 5.The Calibration curve of standard homocysteine derivatized with AQC. 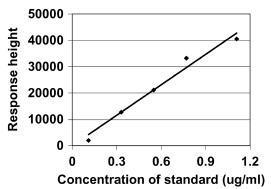 Fig. 6.The calibration curve of standard cystathionine derivatized with AQC. 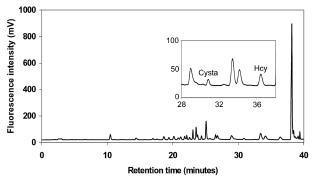 Fig. 7.Chromatogram of Cysta and Hcy derivatized with AQC from hydrolyzed blood sample.