Dye-sensitized solar cell (DSSC); an alternate energy source harvester has gained some attractive features such as high-energy conversion efficiency low production cost. Dye-sensitizer is a basic component of DSSC, which affecting the performance of the energy conversion efficiency. Current research has been focusing on development of high efficiency, metal-free dye-sensitizers, which would be more environmental friendly. We had successfully explored synthetic route to 6,6'-(1,2,5-oxadiazole-3,4-diyl)dipyridine-2,4-dicarboxylic acid (3A) which has been used as organic sensitizer. Investigation of light conversion efficiency () of the compound uses standard measurement condition (one sun simulated irradiation, AM 1.5, 100 mW/) showed that it could reach 1.00% (, =0.64 V and FF=0.59). Under the same conditions, the ruthenium complex (N719) gave the conversion efficiency as high as 4.02%(, =0.67V and FF=0.57).

The rising price of fuels and the pollution concerns have led to an investigation for alternative energy sources. Solar energy is interesting energy source due to it's inexhaustable, clean and environmental friendly characteristics. It can be converted directly into electrical power by photovoltaic (PV) cell devices, commonly called solar cells. At present, silicon-based solar cells have gained more interest and highly developed. In the last decade the new molecular photovoltaic (PV) materials had emerged and could be alternative low-cost solar cells in the near future. Dye-sensitized solar cells (DSSC) are designed for light harvesting; which enable of using a dye-sensitizer (DS) on semiconductor. DSSC are composed mainly of non-toxic materials and inexpensive technology for high efficient solar cells. The light harvesting material in DSSC, a dye sensitizers, acts as the solar energy absorbers; of which the proprieties of the materials play an important role on the conversion efficiency. Dye sensitizers used in DSSC were mainly metal complexes containing ruthenium as a metal center and complexing organic ligands. At present, organic dyes, natural and synthetic organic dyes, have been increasing interest due to their simple and lower synthetic cost. DSSC had gained interest in the first time after O’Regan and Grätzel1 and Nazeeruddin et al.2 reported high solar energy for electricity conversion; which has efficiency up to 11% with ruthenium bipyridyl dyes. However, the ruthenium complex-based DSSCs are quite expensive for cost-conversion efficiency. This dues partly to the limited resources of noble metal, ruthenium, and the synthetic processes of those complexes, which are very complicated and difficult to achieve their purities. Furthermore, ruthenium complexes containing heavy metals are not environmentally friendly. Therefore, organic dyes would be the choice for further development of DSSC for future energy sources.3,4 At present, several groups have been working on organic sensitizers to overcome the prohibitive issues of ruthenium complexes.5 The possibility of using some oxadiazoles as orgnic dye sensitizers has been focused and investigation of their light harvesting efficeincy has been made to acheive in certain extent.

All chemicals were purchased from Sigma-Aldrich Company.

Synthesis of 3,4-di(pyridin-2-yl)-1,2,5-oxadiazole (1A): A mixture of α-pyridil dioxime (2.42 g, 10 mmol) and 1 M potassium hydroxide (2 mL) were placed in a moderate pressure vessel and placed in an oil bath preheating to 180 ℃ and maintained at the this temperature for 18 hours. The vessel was then allowed to cool to room temperature. The residuals were extracted with 100 mL of dichloromethane and dried over anhydrous sodium sulphate. Solvents were reduced to about 20 mL and poured into 100 mL of hexane, the light yellow precipitates were formed. The residue was recrystallized from ethyl acetate to afford product 1.98 g (85%).

Synthesis of 3,4-bis(4,6-diisopropylpyridin-2-yl)-1,2,5-oxadiazole (2A): A mixture of 1A (1.12 g, 5 mmol), isobutyric acid (2.5 mL, 25 mmol), silver nitrate (0.2 g, 1 mmol) and 60 mL of water : acetonitrile 1:1 as a co-sovent was placed into a three-necked flask (250 mL) fitting with a 50-mL graduated funnel containing a solution of ammonium peroxydisulfate (7 g, 30 mmol) in 40 mL of water and it was slowly added to the reaction mixture. After complete addition, the reaction mixture was stirred for further 30 minutes at 65 ℃, then cooled to room temperature. The reaction mixture was extracted with 50 mL dichloromethane. The organic layer was separated and dried over anhydrous sodium sulphate, the solvent was reduced in vacuo. Hexane was added up to ten times to the solution for precipitating out the starting material. The filtrate was evaporated in vacuo to give a dark yellow oil 1.32g (67.3%).

Synthesis of 6,6'-(1,2,5-oxadiazole-3,4-diyl) dipyridine-2,4-dicarboxylic acid (3A): Potassium permanganate (8 g, 50 mmol) was dissolved in 100 mL of 10% sulfuric acid in a flask (250 mL). The solution was poured into a round-bottomed flask containing of 2A (2 g, 5 mmol). The mixture was refluxed with stirring until the purple color disappeared. The solution was filtered, and the residue was washed with 50 mL of hot water. The mixture was then extracted five time with 10 mL of ethyl acetate. The organic layers were combined and dried over anhydrous sodium sulphate, the solvent was evaporated under vacuo. The residue was recrystallized from ethyl acetate affording 3A as a yellow crystals in 0.9g (45%).

The TiO2 electrodes were immersed into the dye-sensitized solution (0.3 mM in absolute ethanol) overnight at room temperature. Counter electrode was directly placed on top of the dye-adsorbed TiO2 electrode. Surlyn polymer sheet was used as a spacer. Electrolyte solution consisted of a solution of 0.1M Lithium iodide, 0.05M Iodine and 0.5 M 4-tert-butylpyridine in anhydrous acetonitrile as solvent8 was filled to the cell. The current–voltage performance of the DSSC was measured by exposing with simulated AM 1.5 irradiation with an incident power density of 100 mW/cm2 using a 1000 W Xe arc lamp solar simulator.

A procedure of the synthetic route to the oxadiazole (3A) has been outlined below (see Fig. 1). 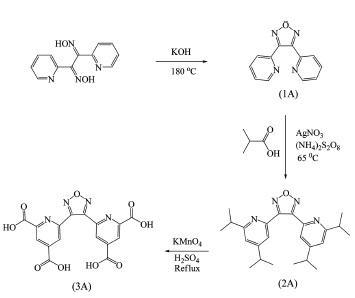 Fig. 1Schematic representation of the synthetic route to the target molecule (3A).

The dye-sensitized solar cell measurements were done by exposing with simulated AM 1.5 irradiation with an incident power density of 100 mW/cm2(Pin). The results were obtained as J–V curve by the plot of a short-circuit current density (J) against an open circuit voltage (V), which gave the maximum power point (MPP). The I–V curve of dye-sensitized solar cells using N719 and 3A were shown in Fig. 2.

The fill factor (FF) and energy conversion efficiency (η) had been calculated by the following equations Eq. 1 - Eq. 210,11

Performance measurements of the sensitized solar cells were studied as compared to the ruthenium dye, N719 as shown in Table 1. 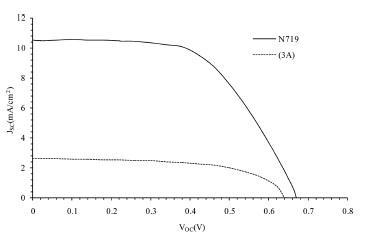 Fig. 2I-V curve from the measurements of a dye-sensitized solar cell.

We have successfully modified a procedure for the synthesis of an organic dye (6,6'-(1,2,5-oxadiazole-3,4-diyl)-dipyridine-2,4-dicarboxylic acid (3A)) used as a dye-sensitized solar cell without metal complexes. The conversion efficiency of the sensitized cells using the synthetic organic dye (3A) was compared with N719 ruthenium complex sensitized cells. The performance of dye-sensitized solar cells of N719 using standard measurement condition under simulated irradiation source (AM 1.5 100 mW/cm2) gave a JSC of 10.50 mAcm-2, VOC of 0.67 V and a fill factor of 0.57 with the corresponding conversion efficiency (η) of 4.02 %. Under the same condition, the conversion efficiency of sensitized solar cell using the synthetic organic dye (3A) was obtained as 1.00% with JSC of 2.63 mAcm2, VOC of 0.64 and a fill factor of 0.59.