The Pure and Applied Mathematics (한국수학교육학회지시리즈B:순수및응용수학)

Small perturbations at these unstable interfaces grow into nonlinear structures in the form of bubbles and spikes, and vorticities of mushroom shapes are formed on the spikes [4]. A bubble (spike) is a portion of the light (heavy) fluid penetrating into the heavy (light) fluid. At later times, a bubble in the RT instability attains a constant velocity, while a RM bubble has a decaying growth rate.

One of earliest, and successful, model for RT-type instability is the potential flow model by Layzer [3], applied for the case of infinite density jump. Layzer’s model approximates equations locally near the bubble (or spike) tip and gives a set of ordinary differential equations to determine the motion of the bubble (or spike). Since Layzer’s work, the model has been studied by many people. Hecht et. al [10] obtained the asymptotic solutions of the bubble of the RM instability of infinite density jump. Goncharov [11] and Sohn [12] then generalized the Layzer-type model to the interfaces of finite density jumps. Sohn [13] succeeded in the modelling of the unstable interfaces with surface tension and viscosity. Recently, Sohn [14, 15] extended the model to high-order in two dimensions.

In Section 2, we describe Layzer’s potential-flow model, of low-order, for the evolution of the unstable interface in cylindrical geometry. In Section 3, we present the high-order Layzer model for the motion of the interface. Section 4 gives the time-evolution solutions of the RT and RM bubbles from the high-order model, in comparisons with the low-order model. Section 5 gives conclusions.

In this section, we briefly describe the Layzer model for the evolution of unstable interfaces. We consider an interface of infinite density jump (fluid/vacuum) in a cylindrical tube. We assume that the system is axially symmetric (See Fig. 1 in [3]) and the fluid is incompressible, inviscid and irrotational. The evolution of the interface, 𝑧 = η(𝑟, 𝑡), is determined by the kinematic condition and the Bernoulli equation 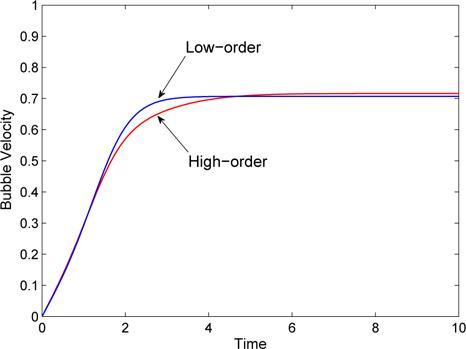 Figure 1.Bubble velocity of the RT instability from the low- and high-order models.

where 𝑢 and 𝑣 are 𝑟 and 𝑧 components of the interface velocity, respectively, and g s an external acceleration. In the RT instability, 𝑔 is set to a constant value, while the RM instability is modelled by setting 𝑔 = 0 and giving a nonzero initial velocity, via the impulsive acceleration [2]. The kinematic condition implies the continuity of the normal component of the fluid velocity across the interface.

The velocity potential of the fluid is taken as

Here, 𝑘 =𝛽1 /𝑅 where 𝛽1 ≈ 3:832 is the first zero of the Bessel function 𝐽1(𝑟) and 𝑅 is the radius of the cylindrical tube. The velocity field of the fluid is defined as

The Stokes stream function corresponding to the velocity potential (2.3) is defined by

Substituting these expressions into the kinematic condition and equating up to the second order in r, one can obtain the following equations

The second order equation from the Bernoulli equation is given by

The equations (2.9)∼(2.11) determine the evolution of the axisymmetric bubble.

The asymptotic solution of the bubble, from the second-order model, can be obtained by taking the large time limit for (2.9)∼(2.11). The asymptotic velocity and curvature of the RT bubble [3] is

where the bubble velocity represents 𝑉 = 𝑑ζ0/𝑑𝑡. This solution implies that the bubble velocity of the RT bubble converges to a constant limit which is independent on the initial velocity and curvature, and the growth rate of the RM bubble decays to zero. The asymptotic curvatures of the bubbles of the two instabilities are the same.

We present a high-order extension of the Layzer model. The interface near the tip of the bubble can be written as

and and the velocity potential is generalized to

where 𝑘𝑗 = 𝛽𝑗/𝑅 and 𝛽𝑗 is the 𝑗-th zero of the Bessel function 𝐽1(𝑟). Similar to the model in the two dimensions [9], only odd terms are taken in the velocity potential.

The evolution of the interface is again governed by the kinematic condition and the Bernoulli equation. One may apply the similar procedure as Section 2, to derive high-order equations. The velocities at the interface are given approximately by

Using this expression and satisfying the kinematic condition up to the fourth order in 𝑟, we obtain the equations

where all the summations are taken for 𝑗 = 1 and 3. The second and fourth order equations from the Bernoulli equation are given by

4. SOLUTIONS OF THE MODEL

We now find the solutions of the low- and high-order models, by solving numerically the equations (2.9)~(2.11) and (3.3)~(3.7), respectively. We employ the standard fourth-order Runge-Kutta method for numerical integrations. 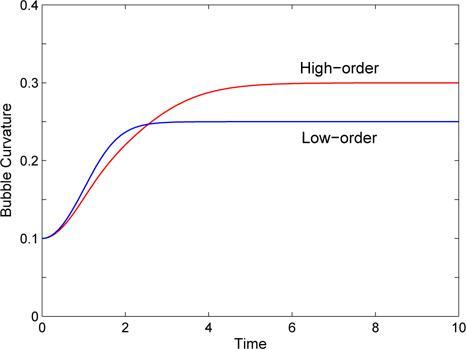 Figure 2.Bubble curvature of the RT instability from the low- and high-order models. 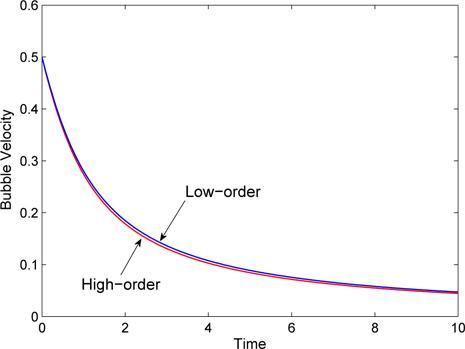 Figure 3.Bubble velocity of the RM instability from the low- and high-order models. 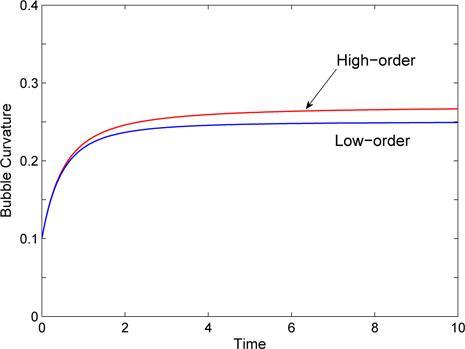 Figure 4.Bubble curvature of the RM instability from the low- and high-order models.

We have presented the high-order solution for the bubble evolution in the RT and RM instabilities from the Layzer potential-flow model. The model gives significant high-order corrections to the bubble curvature, while the differences of the bubble velocity of the low- and high-order models are small. This feature of the solutions of the Layzer models is similar to the models in two dimensions [14, 15].

The present high-order model is developed only for the interface of the infinite density jump. In fact, a high-order Layzer model for the cases of finite density jump could be derived, but we have found that the equations in that model are quite coupled and it is difficult to solve them.