The representative standards for efficiency test of three phase induction motor are IEEE std. 112, IEC 60034-2-1 and CSA C 390, where the stray load loss (PS) is determined by the means of output power. These standards also determine the PS from assigned values in pre-defined curve, which depend on motor rated output power [1]. The PS is determined by subtracting the conventional losses from the apparent total loss. The dependence of the PS on motor rating is often stated in literature but the analytical calculation of PS is difficult and historical test data have often been relied upon [2].

In this paper, the values of mechanical loss and stray load loss are investigated through testing data from 196 commercial products of three phase induction motors under 37kW

IEC 60034-2-1 was approved to replace IEC 60034-2 in 2007. One method of this standard followed the IEEE 112B procedure of determining the SLL through test measurements. This standard also provided for assigning the value of stray loss as a percentage of input power which is dependent on motor output power [2].

The test procedure for efficiency and losses is listed in Table 1.

The load test is applied at six different load points. The first four load points should be chosen to be approximately equally spaced between not less than 25% and up to and including the 100% load. The remaining two load points should be suitably approximately equally spaced above 100%. In no-load test, test motor is uncoupled from the loading device and operated at a minimum number of 7 values of voltage ranging from 125% of the rated voltage to 20% [4].

Motor efficiency, η is defined as a ratio of output mechanical power to the input electrical power

where Ploss is the total losses in the motor including stator (Pc1) and rotor copper loss (Pc2), iron loss(Pi), mechanical loss (Pm) and stray load loss (Ps). The core loss and mechahenical loss are determined under the no-load operation. The stator, rotor and stray losses are determined under load tests, whereby the motor is coupled to a dynamometer.

The stator loss is measured as I2R loss in the stator winding. The rotor copper loss is determined as a product of the slip (s) and the airgap power in Eq.(5)

In Eq. (3), subtracting the no-load stator copper loss (Pc1_0) from no-load input power (Pin_0) gives a constant loss (Pk) which is the sum of mechanical and core loss. Fig. 1 shows the plot between Pk and the voltage squared (V2) from no-load test results of 37kW induction motor (Table 3). Extrapolating a straight line to zero voltage, the zero voltage axis intercept is the mechanical loss (Pm) [4]. 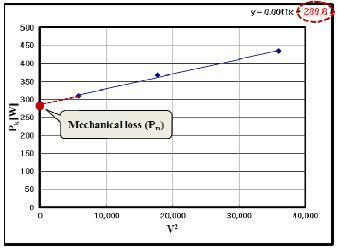 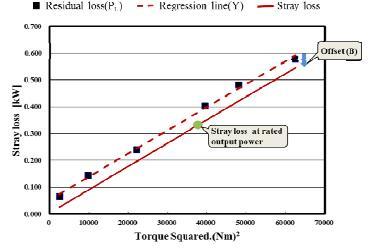 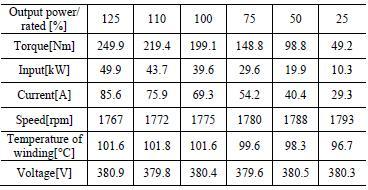 In the IEEE standard 112B and the IEC 60034-2-1, the stray load (Ps) is determined by subtracting the conventional losses from the appraent total loss (Papp). The apparent total loss is the difference between the input power and output power at the load point of interest

where PL is the residual loss. The residual loss data at six load points shall be smoothed by using the linear regression method based on expressing the losses as a function of the square of the load torque in Eq. (5) where A (slop) and B (offset) are constant coefficients. The offset B is removed to obtain the correct stray load loss. The lope is used to calculate the stray load loss using Eq.(6) [4, 5]. 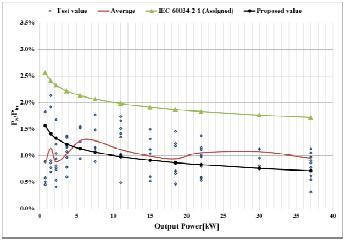 Table 1 and 3 show the load test and no-load test results of 37kW 4-pole induction motor respectively to determine the losses.

Fig. 3, 4, and 5 show the distribution of stray load loss of induction motors under 37kW tested by IEC 60034-2-1. All test motors have 380V or 460V/60Hz rating which are made by motor manufactures and tested for verifying efficiency in testing laboratory of Korea Electrotechnology Research Institute. The data set is comprised of 52 2-pole motors, 85 4-pole motors and 59 6-pole motors. 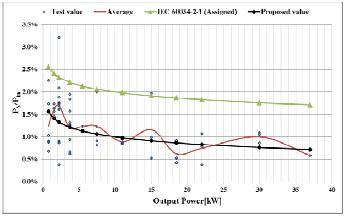 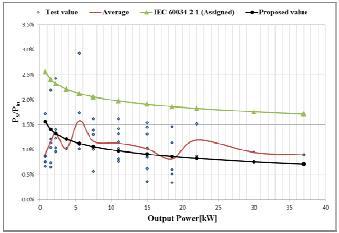 Figs. 7, 8, and 9 are the distribution of mechanical losses of induction motors under 37kW of section 3.1. 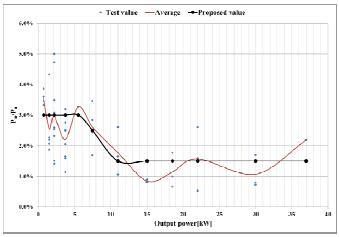 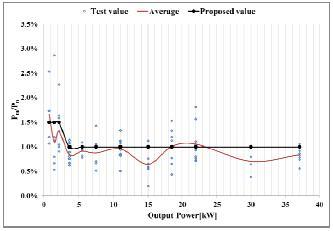 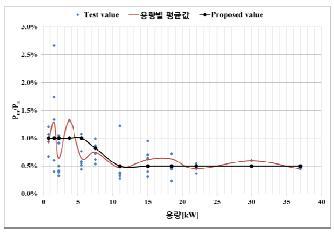 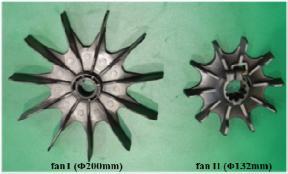 In Fig. 7, the mechanical losses of 2 pole motors are higher than those of 4 and 6 pole motors because of the highest speed in the line start induction. The average values are about 3% of output power under 5.5kW rating and 1.5% above 10KW rating. In the paper, the mechancial losses are proposed as Eq. (8) using test and average values.

Fig. 8 shows the mechanical losses of 4 pole motors. The average values are about 1.5% of output power under 2.2kW rating and 1.0% above 3.7kW rating. The proposed value is expressed by Eq. (9)

Fig. 9 shows the mechanical losses of 6 pole motors. The average values are about 1.0% of output power under 5.5kW rating and 0.5% avove 11kW rating. The proposed value is expressed by Eq. (10)

4. Effects of Stray Load Loss and Mechanical Loss to Motor Design and Performance

Table 5 shows the comparison of the stray load loss, efficiency, volume and active material cost between 15kW commercial motors of manufacturer A and B. Motor B has lower stray load by 60% than motor B and it contributes to lower volume and active material cost. The stray load loss of motor A is 1.48% of input power which is close to the assigned value (1.91%) of IEC 60034-2-1, while those of motor B is 0.61% close to the proposed value (0.91%) of this paper. As the material cost of motor increases for higher efficiency, it becomes more significant to reduce the cost in design and manufacturing process. As shown in Table 5, the assigned value of IEC 60034-2-1 is slightly higher than test results of commercial motor thus, the new assigned value is expected to be more useful in motor development. 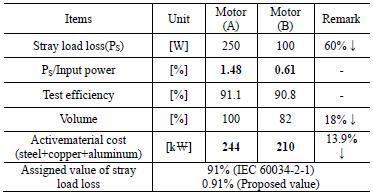 The two cooling fans of Fig. 9 have the different size and these are for 3.7kW 2-pole motor. The efficiency test results are shown in Table 6 whose cooling fans are applied to the same motor. In this results, we can see that an appropriate selection of cooling fan make a contribution to improve a motor efficiency. The temperature rising of motor using fan II is incrased by 5 degree, which can be improved by making fan larger considering appropriate mechanical loss or reducing copper loss and iron loss.

In case of the mechanical losses, if the proposed values are used in motor design, it is expected to be helpful for developing high efficiency motor and selecting fan specification.