This paper proposes a novel pattern recognition approach based on the radial basis function (RBF) neural network for identifying insulation defects of high-voltage electrical apparatus arising from partial discharge (PD). Pattern recognition of PD is used for identifying defects causing the PD, such as internal discharge, external discharge, corona, etc. This information is vital for estimating the harmfulness of the discharge in the insulation. Since an insulation defect, such as one resulting from PD, would have a corresponding particular pattern, pattern recognition of PD is significant means to discriminate insulation conditions of high-voltage electrical apparatus. To verify the proposed approach, experiments were conducted to demonstrate the field-test PD pattern recognition of cast resin current transformer (CRCT) models. These tests used artificial defects created in order to produce the common PD activities of CRCTs by using feature vectors of field-test PD patterns. The significant features are extracted by using nonlinear principal component analysis (NLPCA) method. The experimental data are found to be in close agreement with the recognized data. The test results show that the proposed approach is efficient and reliable.

Because there has been substantial progress in the physical understanding of PD during the last decade, this knowledge can now be exploited to support the interpretation of insulation defects. Recently, several methods have been employed for the pattern recognition of PD, including neural network, expert systems, self organizing maps, wavelet analysis, and the grey clustering method.

The recognition of PD pattern and the evaluation of insulation performance are relatively complicated, a task which often must be completed by decision tree method. Decision tree method for the diagnostics of SF6 decomposition products have been developed [4].

In contrast to other clustering mapping methods for unsupervised data, the mapping relationship of a self organizing map can be highly nonlinear, directly showing the similar input vectors in the source space by points close to the two-dimensional target space. Along with the similarity of the input data, a self organizing map may lead to classification results, and this technique has been applied for PD pattern recognition of CRCT [5].

The wavelet analysis method is a useful tool in fault detection and de-noising, and this method has also been applied to analysis of power transformer partial discharge signals [6]. Grey system theory is a useful methodology for systems with incomplete information. Grey relational analysis can be used to analysis the relationships between one major sequence and the other comparative ones in a given set. The application of grey clustering approach has been proposed for recognizing partial discharge patterns of the high-voltage equipment [7].

In this paper the PD patterns are measured using a commercial PD detector. A set of features, used as operators, for each PD pattern is extracted through statistical schemes. The significant features of statistical operators are extended extracted by using the NLPCA scheme. After feature extraction, this paper proposes the application of RBF neural network to recognize partial discharge patterns of CRCT.

In order to investigate the PD features and to verify the classification capabilities of the proposed RBF neural network based pattern recognition approach for different PD types commonly occurring in high-voltage electrical apparatus, a PD dataset is needed. The PD dataset for this study was collected from laboratory PD tests on a series of model CRCTs. The materials and process used to manufacture these high-voltage CRCTs were exactly the same as that of making the field equipment. 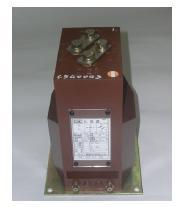 Fig. 1.The appearance of model CRCT 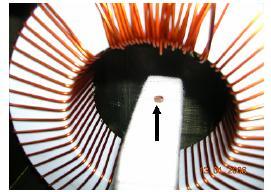 Fig. 2.VH on the high-voltage side of CRCT 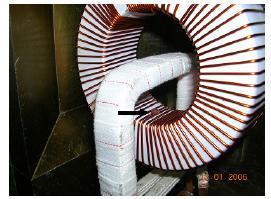 Fig. 3.VL on the low-voltage side of CRCT 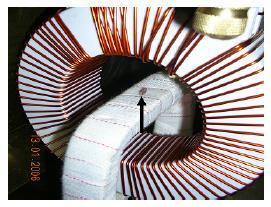 Fig. 4.FH on the high-voltage side of CRCT 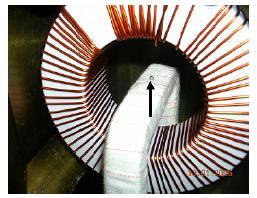 Fig. 5.MH on the high-voltage side of CRCT

The PD events were detected by a PD detecting system set up in our laboratory. The structure of the PD detecting system is shown in Fig. 6. It includes a step-up transformer, capacitor coupling circuit, PD detector, and the CRCT under test. Through the testing processes, all the data measured were digitally converted in order to store them in the computer memory.

Then, the phase-related distributions of PD derived from the original PD data are obtained in relation to the waveform of the field test high voltage. The high voltage in the field tests is assumed to be held constant and the voltage phase angle is divided into a suitable number of windows (blocks). The PD detecting system, shown in Fig. 6, is used for acquisition of all the individual quasiintegrated pulses and quantifying each of these PD pulses by their discharge magnitude (q), the corresponding phase angle (φ), at which PD pulses occur and the number of discharge (n) over the chosen block. The analysis software plots these data as functions of the phase positions.

In PD pattern recognition, feature extraction is a technique essential to reduce the dimension of the original data [8]. The features are intended to denote the characteristics of different PD statuses. Several statistical methods of feature extraction are described in this section, and five statistical operators are extracted from the phaserelated distributions. Definitions of the operators are described below. The profile of all these discrete distribution functions can be put in a general framework, i.e., yi = f (xi) [9].

The statistical operators of mean (μ) and variance (σ2) can be computed as follows:

Skewness (Sk) is extracted from each phase-related distribution of PD to denote the asymmetry of distribution. It can be expressed as:

Kurtosis (Ku) is extracted to describe the sharpness of distribution as:

In (3) and (4), xi is the statistical value in the phase window i, pi is the related probability of appearance.

Peaks (Pℯ) count the number of peaks in the positive or negative half of a cycle of the distribution.

Asymmetry (D𝑎) represents the asymmetrical characteristic of partial pulses in positive and negative cycles. It can be expressed as:

The use of statistical features rather than recording the distribution profiles can significantly reduce the dimension of the database. To a certain extent, they can be used for characterizing PD patterns with reasonable discrimination [10].

The NLPCA attempts to find the mappings from multidimensional data space to lower-dimensional feature space. In the process, the reconstruction error between input x and output x’ of the dual networks is minimized [12].

The whole network, consisting of the dual networks in the NLPCA, is an auto-associative network where the output vector corresponds to the input vector. The main advantage of NLPCA over principal component analysis is that NLPCA has the ability to stand for nonlinear relationships among the data set of variables.

The RBF neural network is a forward network models with universal approximation capabilities, and which is employed to approximate the function [13]. It is a multi-input, multi-output system consisting of an input layer, a hidden layer, and an output layer. During data processing, the hidden layer performs nonlinear transforms for the feature extraction and the output layer gives a linear combination of output weights [14]. The structure is shown in Fig. 12. 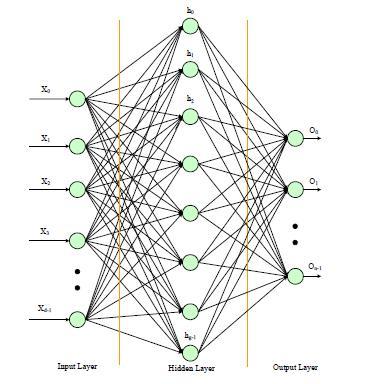 The network actually performs a nonlinear mapping from the input space Rd to the output space Rn. The mapping relationship between input vector and output vector of RBF neural network is based on the following function:

Each hidden neuron computes a Gaussian function in the following equation

where μj and σj are, respectively, the center and the width of the Gaussian potential function of the jth neuron in the hidden layer.

Each output neuron of the RBF neural network computes a linear function in the following form:

The training procedure of RBF neural network is composed of a two-step decomposition: estimating μj and σj and estimating the weights between the hidden layer and output layer. The procedure of μj and σj estimation is described briefly in the following steps:

Step 2 Use the Euclidean distance to find the nearest point μl of the same class;

Step 3 Compute the mean of these two points to obtain a new point with its associated width by using following equation σ = ( ∥μj , μl∥ ) / 2 + σ j ;

Step 4 Compute the distance D from the new mean to the nearest point of all other classes;

Step 5 If D < 2σ, then accept the merge of μj and μl and start again from Step 2; if D ≥ 2σ,, reject the merge and recover the two original points and their widths, restart from Step 1;

Step 6 Repeat Steps 1–5 until all clusters of each class are used.

Fig. 13.Flowchart of the RBF neural network based recognition scheme

Step 1 Create data base of the phase-related distributions of PD patterns;

Step 3 Extract the significant features from statistical features by using the NLPCA scheme;

Step 4 Prepare the training set for the RBF neural network;

Step 5 Use the training set to train the RBF neural network for PD pattern recognition;

Step 6 Save the Gaussian functions centres, widths and connection weights between the hidden and output layers of trained RBF neural network when the training procedure is finished;

Step 7 Use the trained RBF neural network to identify the defect types of PD patterns.

Even though a conclusion may review the main results or contributions of the paper, do not duplicate the abstract or the introduction. For a conclusion, you might elaborate on the importance of the work or suggest the potential applications and extensions.

This paper has proposed an RBF neural network based pattern recognition technique for PD of high-voltage equipment. The effectiveness of the proposed technique has been verified using experimental results. It has been shown that through the NLPCA feature extraction procedure, the extracted feature vectors can significantly reduce the size of the PD pattern database. In addition, the PD pattern recognition scheme, based on RBF neural network is very effective for clustering the defects of high-voltage equipment. The content of PD dataset influences the accuracy of pattern recognition. To further improve the recognition accuracy of the proposed approach, more extensive PD dataset creation methods will be examined in future studies.