We report a simple yet efficient method to assemble large-scale aligned graphene nanoribbons (GNRs) with a width as small as 30 nm. The nanowires (NWs) were aligned on a graphene surface via spraying a solution of the NWs, and the graphene was selectively etched by the reactive ion etching method using the NWs as a shadow mask. This process allowed us to prepare large scale patterns of the aligned GNRs on a substrate. The orientation of the aligned and randomly oriented GNRs was compared by the atomic force microscope (AFM) images. We achieved the highly aligned GNRs along the flow direction of the NWs solution. Furthermore, we successfully fabricated a field effect-transistor with the aligned GNRs and measured its electrical properties. Since our method enable to prepare the aligned GNRs over a large area, it should open up new way for the various applications.

In recent years, graphene nanoribbons (GNRs) with a high on/off ratio have received significant attention as semiconductor materials in the field-effect transistor (FET). Many production techniques such as unzipping of carbon nanotubes, lithographic, and chemical methods have been reported to prepare GNRs.8−11

However, the fabrication of the aligned GNR arrays in a large scale by the previous methods is very hard. Herein, we report a simple yet efficient method to produce largescale aligned GNRs with sub-30 nm width. In this process, V2O5 nanowires (NWs) were aligned via spraying a solution of V2O5 NWs on a graphene layer and used as a shadow mask during the reactive ion etching (RIE) process. We measured the atomic force microscopy (AFM) topographic images of the aligned and the randomly oriented GNRs on a SiO2 substrate and compared their orientation. Highly-oriented large-scale patterns of the GNRs on the SiO2 substrate were obtained. Furthermore, we successfully fabricated the FET with the aligned GNRs and measured its electrical performance. Because of the ease of synthesis and high yield of the aligned GNRs, this technique maybe useful for further applications such as electrical and mechanical devices.

The graphene layers used for patterning the aligned GNRs were mechanically exfoliated on a ~100 nm SiO2/ Si substrate, as reported previously.12−16

We have used the pristine graphene in the assembly process of V2O5 NWs. Any kind of surface functionalization of the graphene layer is not required to assemble the V2O5 NWs on the graphene surface. V2O5 solutions were prepared using ammonium meta-vanadate (Aldrich) and acidic ion-exchange resin (DOWEX 50WX8-100, Aldrich) in deionized water. A solution of V2O5 NWs was sprayed via a syringe, resulting in a flow along one of the direction of the V2O5 NWs on the graphene surface (Fig. 1(a)). The V2O5 NWs with the alignment of the flow direction were adsorbed on the graphene surface. The adsorbed V2O5 NWs were used as a shadow mask to protect the underlying graphene region from the RIE process (60 W, 2 min) as shown in Fig. 1(b). When the sample was placed in a solution of HCl (~5–10%) for ~1 min, the V2O5 NWs were removed, and the aligned GNRs remained on the SiO2 surface (Fig. 1(c)). Then, the Au and Pd (10 nm/30 nm) films were deposited by the photolithography followed by thermal evaporation under high vacuum condition (~2×10−6 Torr). Finally, the FET with aligned GNRs was achieved (Fig. 1(d)).

Figure 1.Schematic diagram showing the fabrication of a GNRFET.

Figure 2.AFM topographic images of the aligned GNRs on the SiO2 substrate. The white arrow in (a) indicates the flow direction of the spray of the V2O5 NW solution via a syringe.

For a comparison, randomly oriented GNRs were prepared by dipping the graphene/SiO2 substrate in a solution of the V2O5 NWs. Fig. 3 shows the AFM topographic image of the GNRs with a random orientation after the RIE process and HCl treatment. 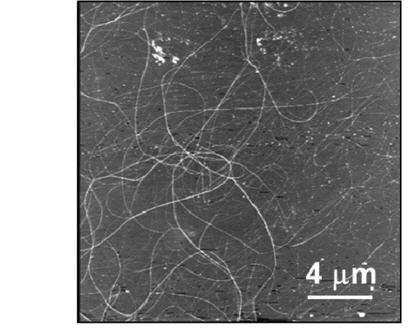 Figure 3.AFM topographic image of the randomly oriented GNRs on the SiO2 substrate. 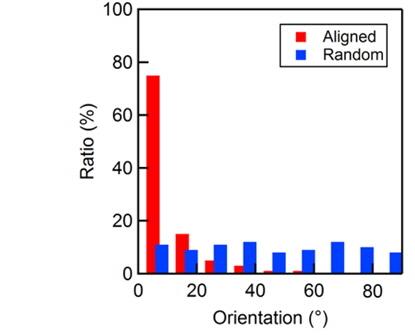 Figure 4.Histogram of the orientation of the aligned (red) and randomly oriented (blue) GNRs. 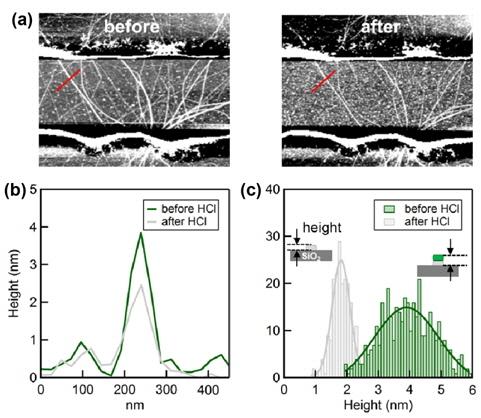 Fig. 6(a) shows the transmission electron microscope (TEM) image of the V2O5 NWs, with a diameter and length in the ranges ~20.50 nm and ~1.10 μm, respectively. Fig. 6(b) shows the histogram of the width of the GNRs. The red solid curve is the Gaussian fit to the width distribution. The sub-30 nm width of the GNRs was obtained from the center of the Gaussian fit, attributed to the diameter of the V2O5 NWs.

Figure 6.(a) Transmission electron microscope (TEM) image of the V2O5 NWs. (b) Histogram of the width of the GNRs.

We successfully fabricated the FET using the aligned GNR patterns. Fig. 7(a) shows the AFM topographic image of the channel with the aligned GNRs between Pd/Au electrodes. The source and drain electrodes were fabricated using the conventional photolithography followed by the thermal evaporation of Pd/Au (10 nm/30 nm) and a lift-off process. The white regions represent the metal electrodes. Fig. 7(b) shows the Ids–Vg curves of the aligned GNR based FET. The applied bias was 1V for the measurement. The FET with the GNRs showed the p-type characteristics due to the oxygen edge groups, generated by the RIE process.18

In conclusion, we developed a method to assemble the aligned GNRs over a large scale surface region. In this process, the V2O5 NWs were aligned on the graphene layer via spraying the V2O5 NWs solution, and they were used as a shadow mask in the RIE process. This method enabled us to prepare the aligned GNRs on the desired surface with a large scale. The orientation of the alignment for the aligned and the randomly oriented GNRs were compared by the AFM images. We found that the V2O5 NWs were properly removed after the HCl treatment by measuring the AFM height profile for the GNR and GNR with the V2O5 NW. The width of the GNRs was ~30 nm, attributed to the width of the V2O5 NWs. The FET devices based on GNRs were fabricated, exhibiting the p-type characteristics of the Ids−Vg measurement. This method could be a powerful tool for the mass-production of the aligned GNR-based devices and in various practical applications such as biological sensor or opto-electronics.