Fossil fuels and greenhouse gas emissions have been cited as major causes of climate change and environmental pollution. The gradual reduction of fossil fuel use is now a major issue [1]. Recently, small-scale power systems have attracted attention. In micro-grid systems, electric power generated from distributed generation (DG), such as solar energy or wind power, can be supplied to a local load independently and to a connected main grid in cases of surplus power [2], [3].

In these small-scale power systems, the DC power generated by renewable energy must be converted to AC power prior to grid connection. Accordingly, research into inverters and DC–AC conversion systems has been actively conducted [4]-[7].

In DGs that are directly connected to a grid, the islanding phenomenon can occur during unplanned disconnections from the grid. Specifically, islanding occurs when the grid-connected inverter of the DG and part of the local load are disconnected from the rest of the grid. If this phenomenon is not detected and the generation from a photovoltaic (PV) or other energy source remains operative, the islanded DG system remains energized by the inverter. The islanding phenomenon in PV systems is one of the most important problems in this area because it poses a safety hazard to repair and maintenance personnel. Moreover, islanding may damage inverters and loads in cases of unsynchronized re-closers of the main grid owing to a phase difference in voltage between the grid and the inverter [8]-[10].

Several anti-islanding methods have been developed in the past decade. Anti-islanding methods resident in inverters have been classified as passive and active, whereas methods nonresident in inverters can be obtained using a specific communication system between the point of common coupling (PCC) and the inverter as shown in Fig. 1 [11], [12]. Passive techniques measure voltage, frequency, harmonic characteristics, and so on. Equations (1) and (2) describe the active and reactive power being consumed by the local load shown in Fig. 1. Equations (1) and (2) show that if the active or reactive power production of the PV system and the active or reactive power demand of the local load are mismatched in the island, the magnitude or frequency of the voltage at the PCC must change until Pload=P or Qload=Q [13].

This paper proposes a novel active frequency drift (AFD) method with a pulsation of zero current intervals. The applied switching method of a bridgeless inverter that cannot control the reactive power is used to verify the proposed algorithm.

This paper is organized into six sections. Section II presents the operational principle of the topology used in this paper. Section III describes the principles of the proposed method. Sections IV and V present the simulation and experimental results, respectively. Section VI provides the conclusions.

II. OPERATION PRINCIPLE OF THE TOPOLOGY

Fig. 2 shows the bridgeless inverter topology used in this paper. Unlike the conventional bridgeless inverter topology, the topology used in this paper comprises two additional switches. The additional switches are connected in parallel to the diode in the pole as depicted in Fig. 3. The proposed topology minimizes the ground leakage current of the panel. This topology can also achieve a relatively high efficiency because the inductors only carry current in the half cycle [19]. 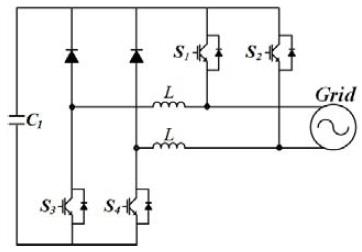 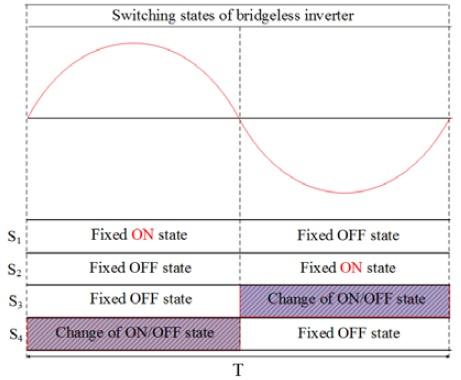 If the current reference is obtained with (5), the output current of the inverter shares the same phase angle as the grid voltage. Therefore, during a normal grid-connected operation, the inverter normally operates with a unity power factor, is synchronized with the grid voltage, and operates at the grid frequency [8].

B. Current Path of the Topology Based on Switching States

The current paths of the bridgeless inverter used in this paper are categorized into four types according to switching states. In the positive half cycle of the sinusoidal wave (i.e., when the grid is positive), S1 and S4 operate. In Fig. 4, S1 and S4 are turned on. In this case, the DC power source in the input stage supplies power to the output stage and stores energy in the inductor. In Fig. 5, S1 is turned on, and S4 is turned off. Freewheeling current flows to the grid using the inductor energy that is stored while S4 is turned on.

Fig. 4.Current path when S1and S4 are turned on. 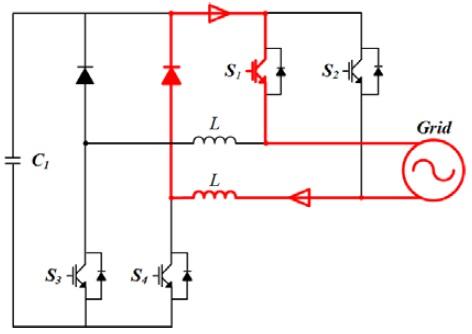 Fig. 5.Current path when S1is turned on and S4 is turned off. 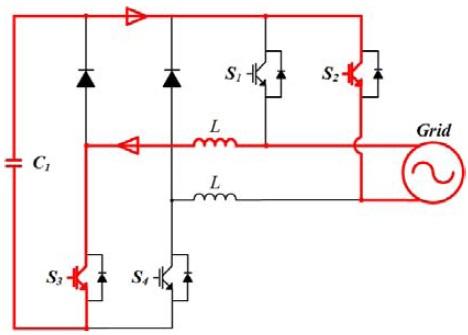 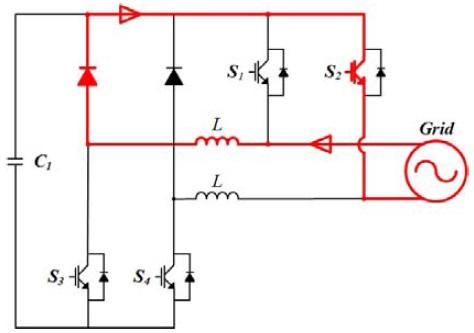 The topology shown in Fig. 2 is controlled by dividing the sinusoidal wave (i.e., the grid voltage) into the positive and negative half cycles. However, if this method is directly applied to the topology, excessive surge current occurs at the zero crossing point of the grid voltage. Such current can cause the breakdown of switches and adversely affect the total harmonic distortion (THD) of the output current. Such surge current must be eliminated. 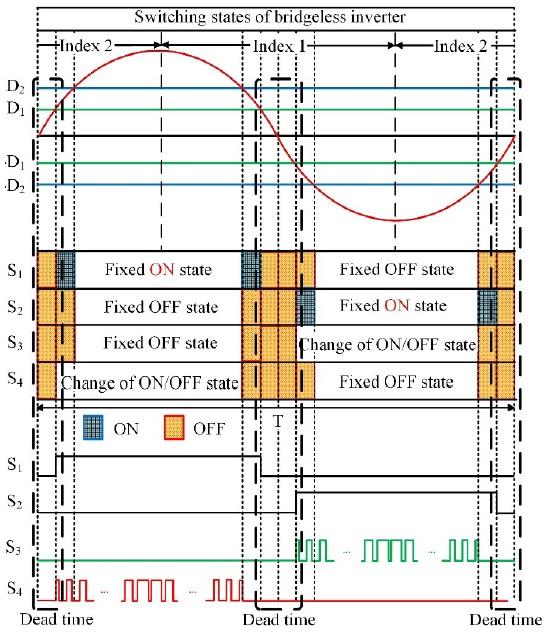 Fig. 8.Switching method of the topology.

The division of energy in D1 and D2 is caused by the energy stored in the inductors as explained in subsection A. To minimize the distortion of the current in the next switching state, such stored energy must be eliminated by turning off the bottom switch in advance.

A. Conventional Anti-Islanding Method in the Topology That Cannot Control the Reactive Power

The topology shown in Fig. 2 cannot control reactive power as mentioned in Section II.A. Therefore, commonly used conventional anti-islanding methods, such as RPV, that vary the reactive power cannot be applied to this topology. In this case, the islanding phenomenon is detected by using active power, which can be controlled by the topology. The typical method that uses active power is the active power variation (APV) method.

However, the APV method varies the output current reference periodically (the shape of the output current is shown in Fig. 9 (b)). When the inverter performs MPPT in this situation, the perturbation and observation (P&O) method is typically used. In the P&O method, the PV cell voltage is repeatedly decreased from the PV open voltage, and the PV cell output power of the previous period is compared with that of the present period to continuously track the maximum power point [1]. In this situation, if the active power varies excessively, the PV cell current short circuits, the PV voltage (i.e., the inverter input voltage) suddenly becomes zero (Fig. 10), and the inverter stops operation unexpectedly. In sum, the critical drawback of this method is that the system operates precariously depending on the amount of APV. 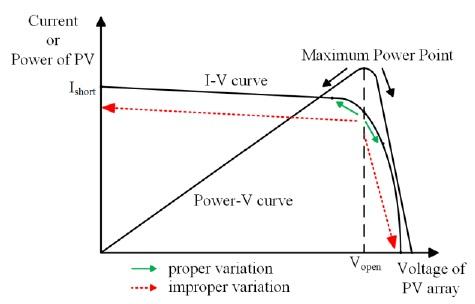 B. Basic Principle of AFD Method

The AFD method adds a short period of zero conduction interval into the inverter output current, thus causing a phase difference between the current and the voltage at the PCC as depicted in Fig. 11 [20]. The zero conduction interval causes the current injected into the grid by the DG to be slightly distorted (6) such that when islanding occurs, the frequency of the PCC voltage drifts up or down according to (2) [9]. 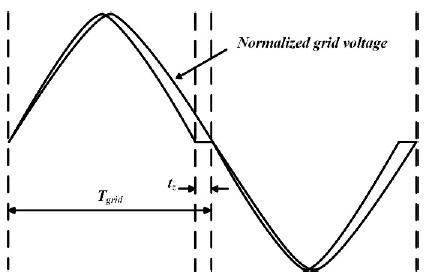 Introducing the zero conduction interval tz at the end of each half cycle causes the phase angle of the fundamental component of the current to shift. The chopping fraction cf is the ratio of the zero conduction interval tz to half of the period of the voltage waveform Tgrid. cf, defined in (7), determines the difference between the frequency of the inverter output current and the frequency of the grid voltage. 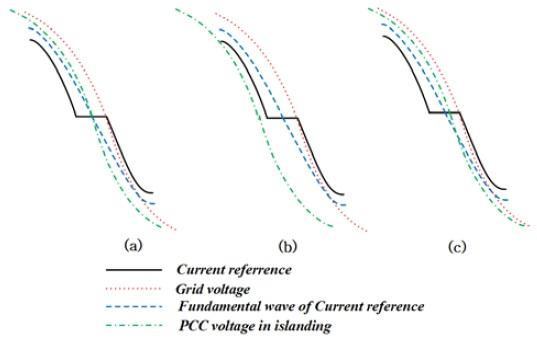 C. Principle of the Proposed Method 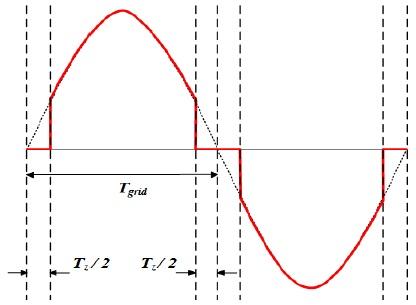 Under a grid-connected operation, the inverter is controlled such that it has the same phase angle for the current and voltage. Therefore, the displacement factor (DPF) of the inverter topology is controlled with unity. The DPF and PF show the following relationship:

As mentioned previously, the DPF of the inverter is controlled with unity.

PF is the ratio of the active power and the apparent power.

Equations (10) and (11) show the NDZ resulting from a power mismatch [9], [10]. In the AFD method, increasing the injected reactive power to diminish the NDZ increases the output current THD because Q/P=THD, as shown in (16) [10]. Equation (11) is derived by applying the parameters to (9). If the mismatch of the reactive power lies in this interval, islanding is not detected. 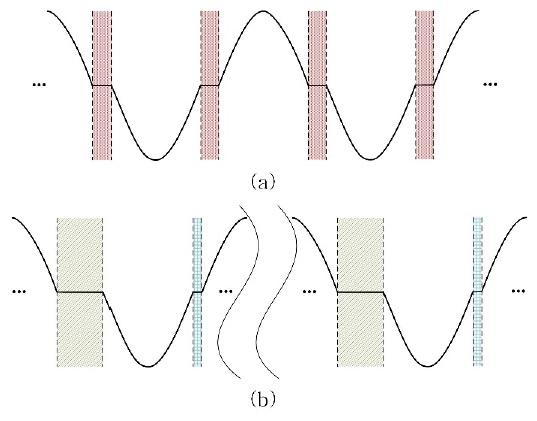 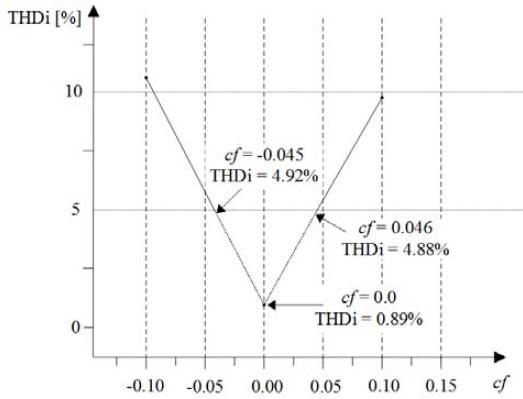 Equation (17) shows the extent to which reactive power is injected into the output current using the proposed method. The proposed method extends the zero current interval every predetermined cycle, as in the analysis in which cf is extended periodically. Therefore, cf is determined using (17). In the worst case, if the reactive power mismatch ΔQ/P is -2.37%, which is the lower limit of the NDZ, then Qcf/P must be injected by 4.02 to cause the output current to leave the NDZ (11). Using (15) and (16), Qcf/P can be calculated as

D1 is determined via mathematical calculation. D2 is set to be twice the value of D1 to consume the energy stored in the inductors on the output side.

A simulation was conducted using PSIM software to validate the proposed method using the circuit configuration in Fig. 16. The simulation parameters are listed in Table I.

The load for the anti-islanding test must be designed to completely consume the rated power supplied by the inverter. The procedure of the load design is as follows:

where Pload is the rated power of the inverter, Vout is the root mean square voltage of the inverter output phase voltage, f0 is the resonance frequency, and Qf is the quality factor that represents the ratio of the energy lost in one cycle and the average maximum energy stored in the load.

Equation (22) is used to calculate load resistance Rload and simulate the inverter with a 300 W rated power. Qf is set to 1 to calculate the load inductor and capacitor (Lload and Cload, respectively), and the resonance frequency is 60 Hz. Using (23) and (24) and these parameters, Lload and Cload are calculated. The calculated values of the load are listed in Table I.

Thus, the input DC voltage is set to 400 V to supply input DC power to the grid. Fig. 17 shows the waveform of the output current with the application of D1 and D2, which are calculated in Section III.C. Fig. 17 (a) shows the case with the expanded zero conduction interval, and Fig. 17 (b) shows the case with the normal zero conduction interval. Fig. 18 shows that islanding is detected by applying the proposed method in the case in which the frequency of the PCC voltage is in the normal interval. As mentioned in Section III.B, the frequency indeed increases beyond the normal operating range. 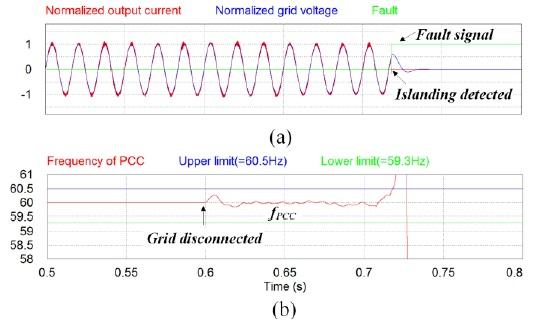 The proposed method is validated through experiments conducted with the 300 W grid-connected micro inverter set (Fig. 19). The experimental set comprises a control board, sensors, an inverter, and a grid. The RLC load calculated in Section IV is connected to the inverter. The inverter is controlled under current control mode by employing a STM32F405RG in the ARM-Cortex M4 family micro controller unit (MCU). The proposed anti-islanding algorithms are implemented in the MCU. In this experiment, the MCU generates 50 kHz PWM gate signals to implement a proportional–integral (PI) controller, which is a typical controller for single-phase AC systems. 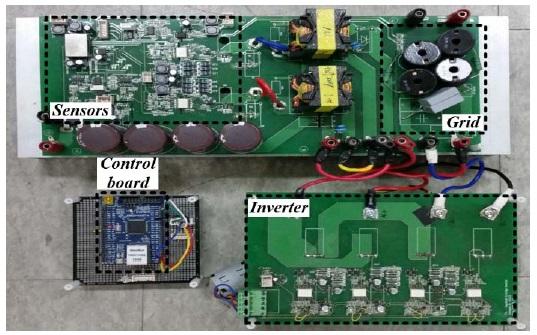 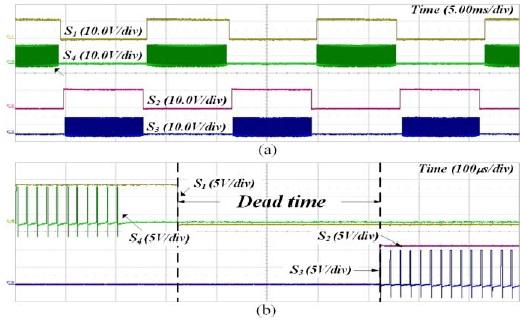 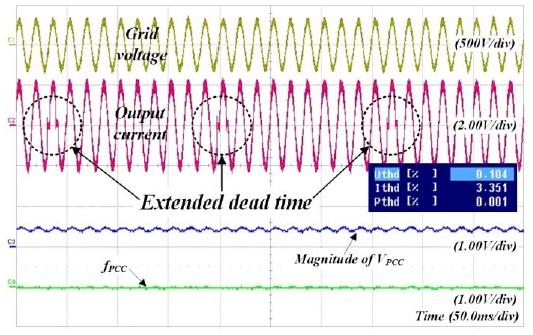 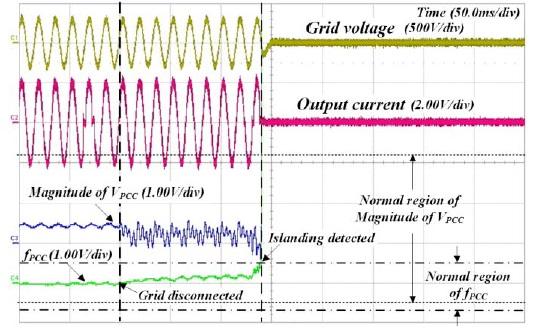 The experimental results in Figs. 21 and 22 match the simulation results of Figs. 17 and 18, respectively.

This study proposes an anti-islanding method that is based on an application of the AFD method that periodically perturbs the zero conduction interval in an inverter topology that cannot control the reactive power. If the proposed method is applied to the said topology, the reactive power can be controlled indirectly by using the switching method and perturbing the output current. Thus, the islanding phenomenon can be detected by varying the reactive power. The simulation and experimental results demonstrate that the proposed method can effectively detect islanding in the inverter topology used in this work.